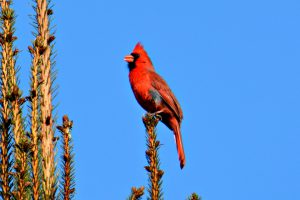 Have you ever wondered where on earth all those Northern Cardinal birds (some people call them redbirds) come from when the temperatures start to freeze and snow is on the ground?  On a cold winter day you can look out your frosted window and spot dozens of these beautiful red birds mostly feeding on the ground but also in feeders, and also perched in the nearby trees.   Where in the world did they come from?  During the rest of the year you see a few here and there around the yard or neighborhood but not in such large quantities.

Mind you, I am definitely not complaining as I absolutely love the Northern Cardinal.  You just can’t beat their  brilliant red colors that brighten up the dull winter landscape.  They make a dreary day seem more cheerful.   Of course it is the male Cardinal that gets this privilege.  The female isn’t so brilliant in color.  She has some red in her tuft and her wing tips and tail, but the rest of her body is a light brownish color. 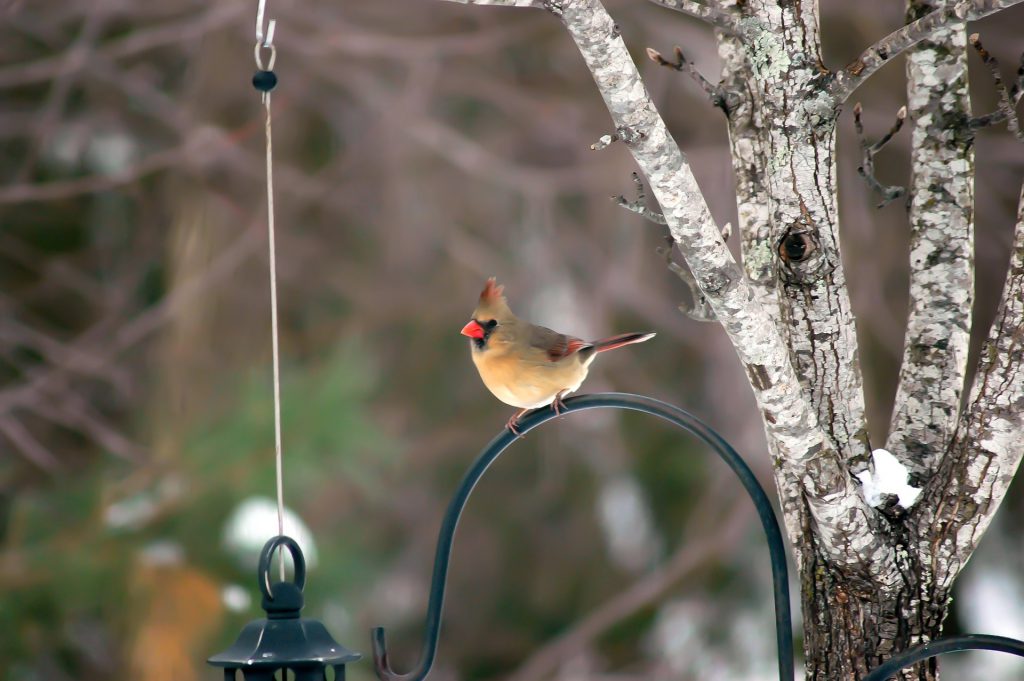 Male Cardinals Stay Red All Through The Year

The Male Cardinal stays red all year through too.  With the exception in the Fall after breeding season when they go through a molting process to replace old worn feathers.   This molting is a process that birds go through and for some can be  either once or twice a year.  It is a necessary process for the health and well being of the bird.   But boy do they look pretty ugly not to mention sickly, when they go through this! 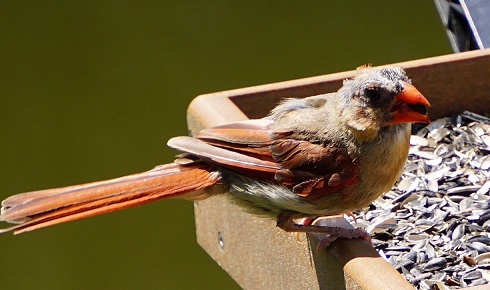 The red coloring in the Cardinal has to do with their diet.  Cardinals eat insects, spiders, wild fruits, berries and seeds in spring, summer, and fall, and in winter pretty  much seeds and berries since insects and spiders aren’t as plentiful.  It is the pigments in berries and other foods that gives them the red color.  It has to do with carotenoids, an organic pigment which is produced by plants and algae, and several types of bacteria and fungi.  In addition, some aphids and spider mites carry this too.

Did you ever notice that some male Cardinals aren’t as bright red as others?  It has to do with a few things.  One… their red feathers may fade in the sunlight, Two… the gray tips and edges of their feathers become worn and consequently reveal a more red coloring of the feathers underneath, and Three… their diet may consist of more foods with carotenoids than other males.

The brighter the feathers in the male Cardinal the more healthy it appears to the female.  Females look for the brighter male (just like humans 😉 ) because their maternal instincts tell them that it is the one that will take good care of their nestlings.

Cardinals are not usually found in the deep woods.  They tend to stay at the edges of the woods and are generally found in overgrown fields, backyards, and ornamental landscaping.   They like thickets and evergreens for hiding in from the weather or predators.  Their nests are usually found in dense foliage. 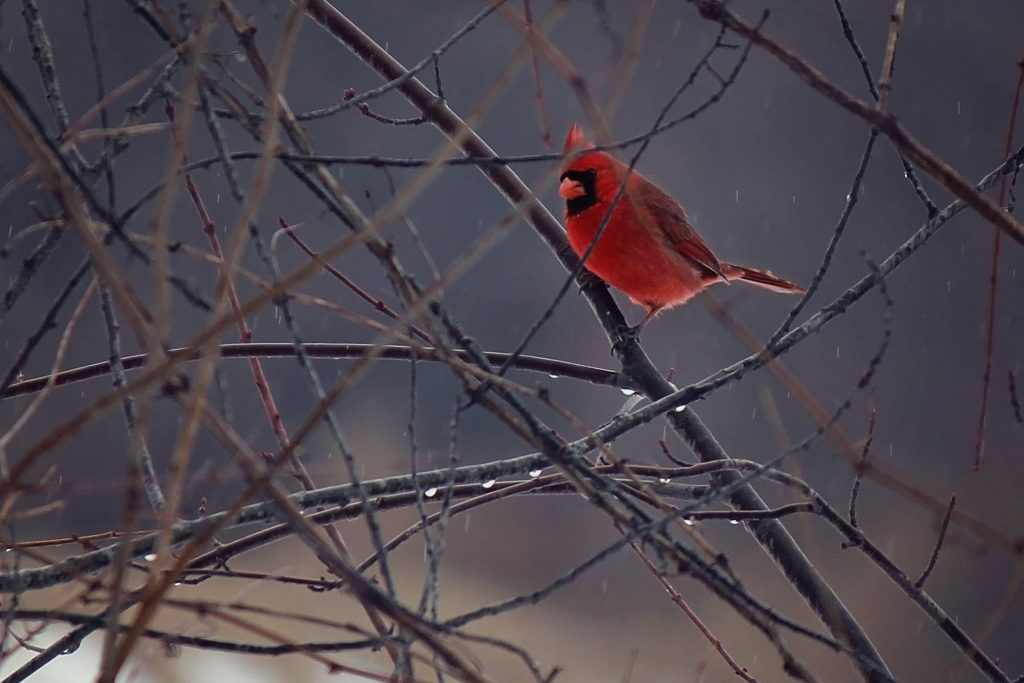 The Northern Cardinal is a year round welcome visitor in any backyard in eastern and central regions of America where they live.  A good reason that they are so well liked is because of the vibrant, bright red coloring of the male.   Male Cardinals stay red all year long with varying shades throughout the year due to the rays of the sun and their diet.    The females only have red in their tufts, wings, and tails but are still pretty and welcome visitors for sure.

In answer to my earlier question… where do all of these Cardinals come from in winter?  While these beautiful red birds are very territorial during breeding time to the point of attacking windows because they think another cardinal is intruding; in winter not so much as they like to gather in large numbers where they find food plentiful.  So now you know and isn’t it a great thing especially in the dull ugly months of winter when everything is drab and gray looking.  You see that beautiful flashy red bird and it just makes you smile!

Are you lucky enough to have Northern Cardinals where you live?  If you aren’t what bird do you look forward to seeing in your backyard in winter?  Please feel free to comment below.