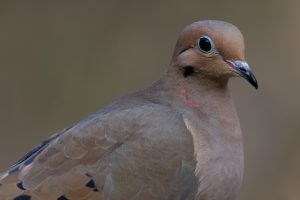 Love them or hate them, Mourning Doves are probably one of the most common and most abundant birds that you will see in your backyard.  This dove is the most common dove species in North America from Mexico all the way up to southern Canada. You can even find them in Hawaii and the Caribbean Islands.

Mourning Doves can be found in open woods, urban and suburban backyards, in parks, and on grasslands to name a few.   They are not one of my favorites because I get way too many of them in and around my feeders.  However, they really aren’t bothersome like Starlings can be sometimes when they all flock in and take over the feeders.  And….I do like to hear them cooing especially in the early morning hours.

Did you know that they can be quite different in behavior as compared to other backyard birds.  Check out the following amazing facts about them below…. 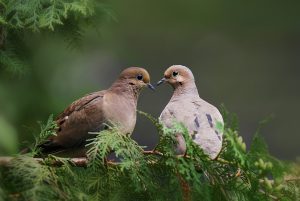 The Mourning Dove is one of the most abundant bird species in North America.  They can be found in open areas in parks, suburban and urban areas, and grasslands.  I’m sure you probably have them in your own backyard.  You will be able to  recognize one by their  cooing sound (made by the male) which sounds like it is in mourning.  This is how this dove got its name.

Mourning Doves can be enjoyable birds to have in and around your feeders too, as they are a pretty peaceful bird.  If you want to attract them in to your feeders place millet, sunflower, or safflower seed on the ground as they are mainly ground feeders.  Or if you have a platform feeder like we do they will come in to it too.

How about you?  Do you get Mourning Doves in your backyard?  I would love to hear your comments about them.  Please feel free to do so below.